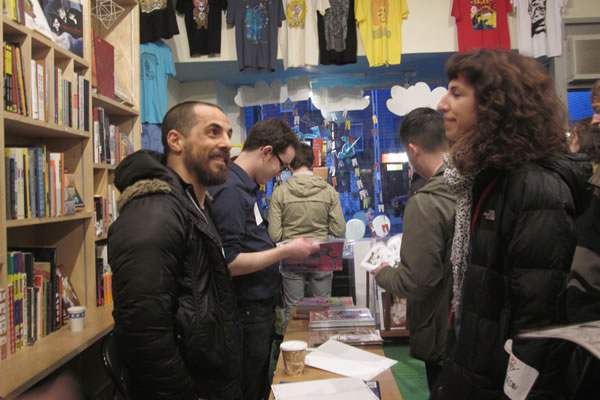 Josh Bayer lives in Harlem and has worked as a Graphic Novelist, Fine Artist and Illustrator for twenty years. Josh is the editor of the anthology Suspect Device and the author of Theth, Raw Power, Theth Tomorrow Forever, RM and Black Star. Additionally he is the editor and writer of the All Time Comicsimprint from Floating World Comics and Fantagraphics. His style is characterized by a genre fusion tying together different historical cartooning styles with a devout punk rock anti-narrative. His comics work was reprinted in the Best American Comics series in 2014 and 2017, selected from work across the country by editors Ben Katchor and Jonathan Letham. Bayer also has an extensive career producing conceptual art for a variety of TV and film productions for clients including MTV, HBO and Amnesty International. Josh earned an MFA in Illustration and Cartooning in 2009, and has been teaching professionally since 2007 at schools all over New York.

Feel free to contact me regarding commission or my teaching schedule